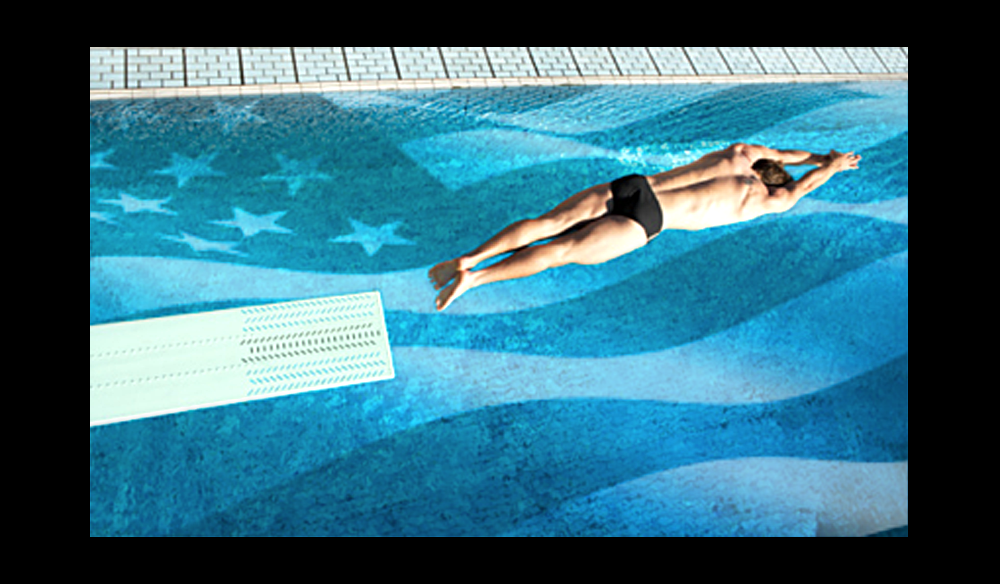 Built on reclaimed land in the Hudson River, this is a large complex surrounded by sporting fields with a good view of the George Washington Bridge and New Jersey. Incredibly for Manhattan, it’s only $2 per swim. I’ve swum this place numerous times now – it’s turned into my local. 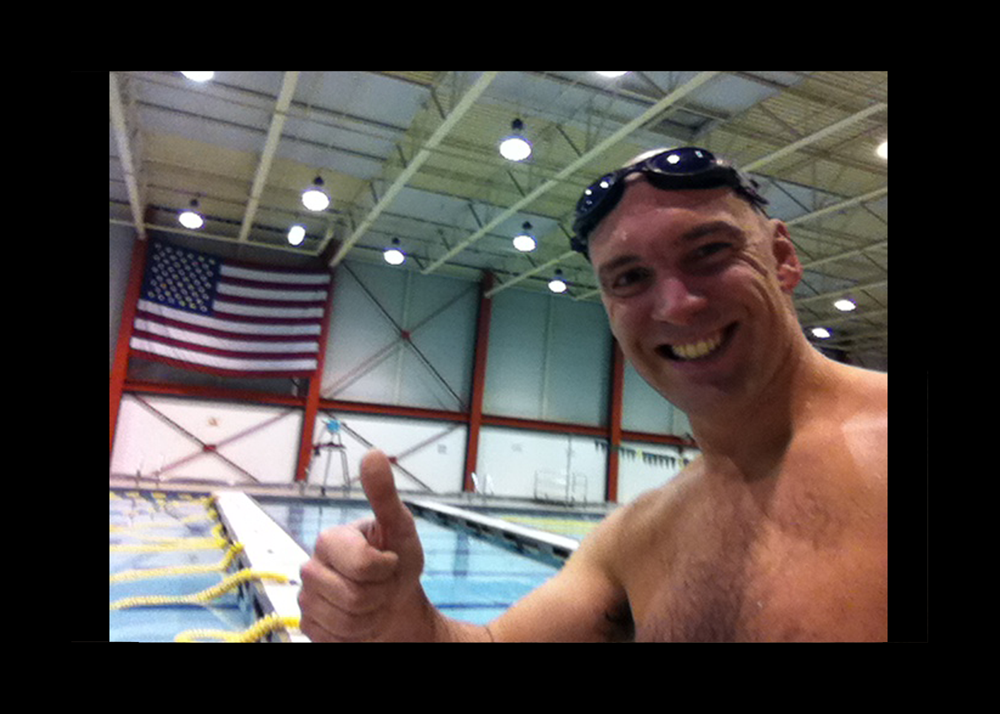 An enormous YMCA right next to Central Park. First swim is free – then you’ve got to become a member. It’s got two pools apparently (never saw the other one) and this one is called the Pompeii Pool, decorated as it is with Ancient Roman motifs. 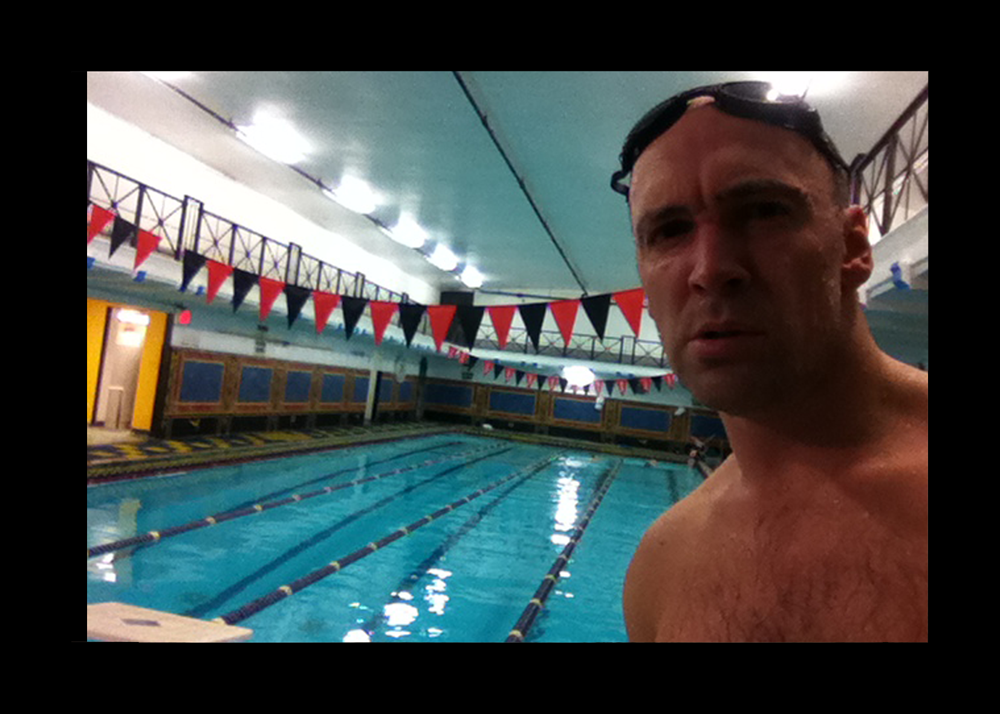 I was told this was a ‘state of the art facility’. Hmmm.

It boded well. I alighted at Corona Park (right next to Flushing Meadows where the US Open is held), walked across what can probably best be described as a winter wasteland until I came to a little bridge. Porpoise Bridge.  ‘What are the chances?’ thinks I, The Porpoise. ‘Surely, this is a sign the swim ahead will be a delight. An oasis of pleasure within the urban jungle.’

I’d been told (when I’d rung up) that as I have a shaved head I didn’t need a swimming cap (swimming caps are mandatory in many New York pools). When I got there, I was told my hair was too long. So, I needed a cap. Groan. Also, my padlock (padlocks are mandatory in most New York pools) was not of a sufficient thickness. And to ‘prove’ it, the lass on the front desk had a collection of padlocks that were of sufficient thickness and padlocks that weren’t of sufficient thickness. When I realised she wasn’t having a joke with the silly Australian, I recovered my wits enough to mumble, ‘I just want to go for a swim’.

At that point she led me to the window and pointed out a lovely concrete wall on the far side of the freeway with some graffiti on it. A graffiti swimming cap and a graffiti padlock, painted in a hurry by the looks of it. ‘Go over there,’ the lovely lass from the front desk of the  Corona Public Pool said. So, I trudged across to the wall with the graffiti behind which I discovered a lovely lighting shop run by a Chinese man who was making a tidy profit selling padlocks and swimming caps on the side.

I returned, holding my lock and swimming cap held high. At this point I was admitted (note photo of self in lovely, brand new swimming cap below), passing by the enormous yellow wall with its list of activities that will get you imprisoned.

Then they made us swim across the pool (25 yards) rather than along it (50m). Won’t be going back.

Another place where your first ‘inspection’ swim is free. Don’t know why I’m looking so grumpy in the photo. It was nice and it was snowing the night I swam here and the pool is on the roof. So, that was pretty cool. There was a scuba lesson up the deep end at the time too, so this pool was the first time I’d swum over a diver. One by one they dropped to the bottom and sat looking up at me. I suppose they’d never seen a man-porpoise up close before. Fortunately, none of them were carrying spear-guns. 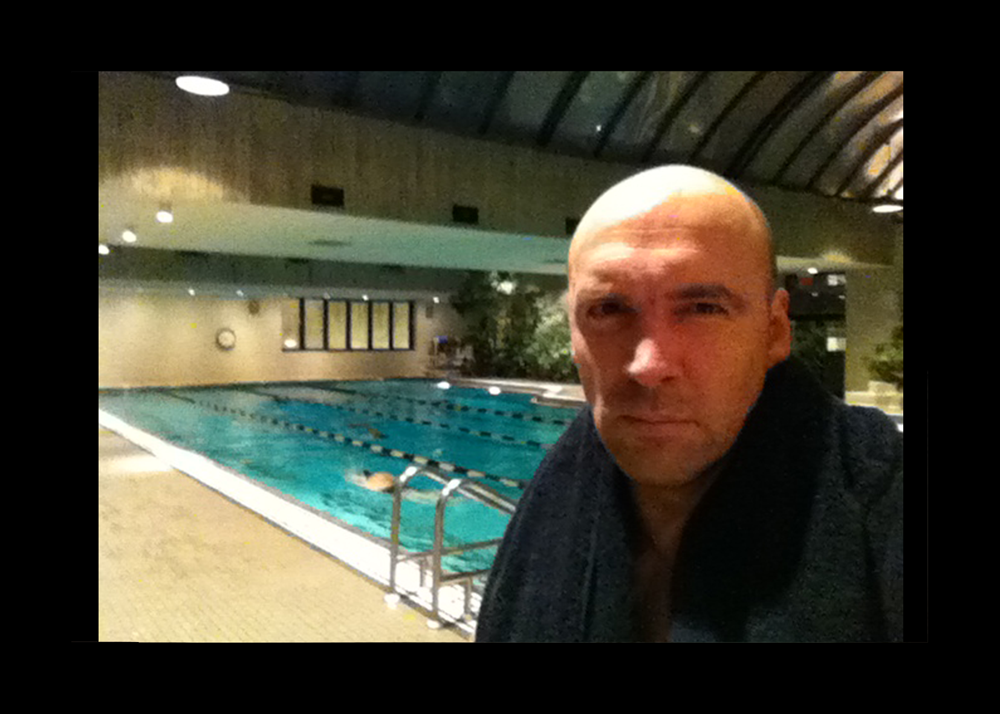 The first place in the US where I’ve been permitting to swim the length of a 50m pool (rather than across it???) Beautiful, clean facility. Why is it so hard? 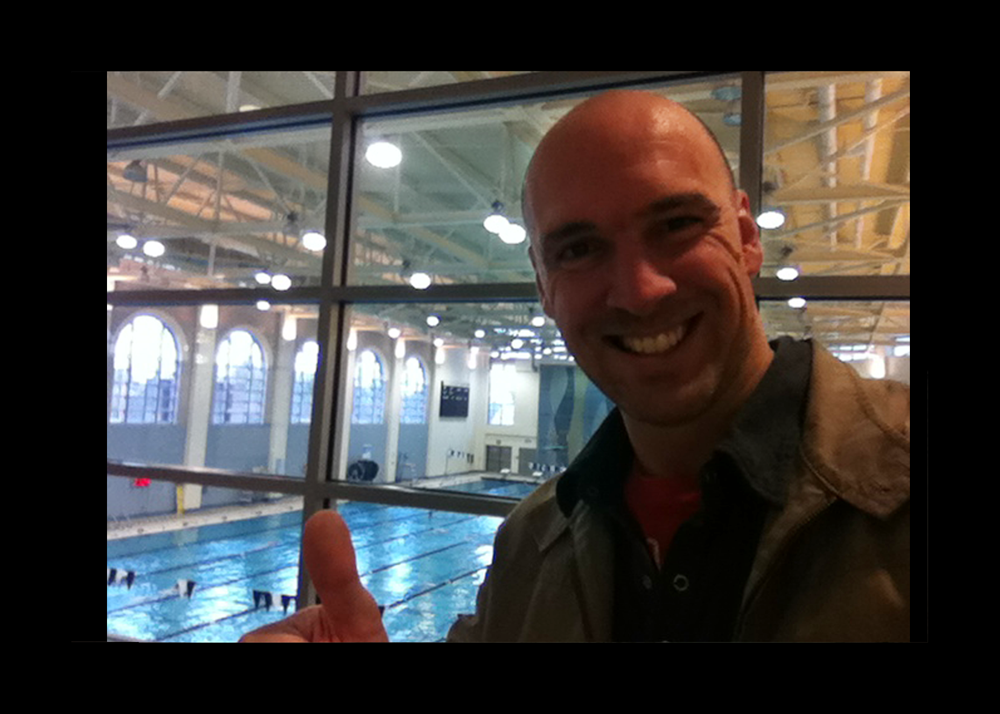 Back to other blogs