The History of the Quest

How did it all begin?

“No,” said Badger. “I think not. Rabbit is an evil bunny and the cause of all this mischief.”

Articles that begin with an obscure quotation tend to catch my eye.
So, I thought I’d try it here. I have no idea who badger is. Nor rabbit (though he sounds an unsavoury type). Now read on.

Let’s go right back to the start of this quest. It could have been so different. Or at least a little bit different. In the early days, when I still had my golden, flowing locks and no one had heard of the internet, there was no 1000 pools quest. It wasn’t anything really, just a casual, ‘I wonder what the next pool looks like??’ 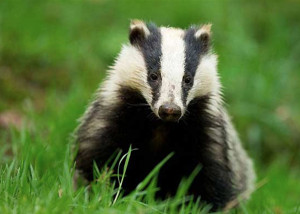 You see, it began like this. Upon returning from two years in London in late 1995, back before iPhones, before selfies too (it’s hard to imagine), I discovered my inner-city Glebe group-house from my University days had broken up. Short on options, but big on taking-things-as-they-go, I moved in with my brother just north of the Harbour in Mosman. I began working nights – as rockers tend to do – which meant I had the mornings to myself. It was a marvellous summer and I started each day driving to one of the closest ocean pools – Freshwater, Fairy Bower, Queenscliff – and swimming a lazy K. Further and further up the Northern Beaches I travelled until, one fine morning, I hit Palm Beach and I was done. No pools left.

It was then that something inside me clicked. Something told me I couldn’t be beaten (or succeed, rather) that easily. I turned inland; my gaze now focussed on the 110, thereabouts, pools spread across Sydney from Palm Beach to Cronulla and West to Penrith. They would all be mine. And, by golly, they were. Each one is now a pool scalp hanging from the waist of my Speedos (now that’s an image for you).

Then it just grew and grew and Newcastle, Canberra, Wollongong and every other city got sucked into the pool vortex. Originally, the plan was to conquer every pool in Australia, (approximately 950 by my chlorine-induced reckoning). But then I went to Coober Pedy and I was bedridden, so the pool lay there in the sun sparkling and taunting me. ‘You can always go back,’ I hear you say. And I would reply, ‘I have no desire to go back to Coober Pedy.’

Then, a few international pools got sucked in too. And the number, ‘1000’ popped into my head (perhaps in a dream, I can’t be sure).

And the rest is history.

The Quest will take approximately 50 years from start to finish. 20 new pools per year will be conquered (actually, I need 24 per year from here on due to a long very lazy period). Each year it will get harder and harder to find new pools, but my goodness me, I’m determined to find them.