I’ve just found out it’s August. Every year it’s the same. Too much AA (Aquatic Action) and not enough S&M (Social Messaging). Those of you who know me have the privilege (and the pleasure, if I can be so bold) to be free to ask me how The Quest is going. But for the sweeping multitudes, the droplets in the online ocean (as it were), those poor souls without blessed personal access, I imagine there can only be frustration as you wait ever eager for word of the latest victory. What’s he been up to? Where has he been? Is he still alive? And even more horrible to contemplate, can silence mean The Quest is over? Well, rest easy. All is right in the world. Here it is. The Year in Review – and thank you for your patience.

Hold on tight, tighten those Speedos, it’s time to dive in.

If you’d thought that after two years of the wretched COVID, rampant inflation, a war in the Ukraine and who knows what else (??) that I’d given up on the world’s greatest aquatic quest (aka the WGAQ), you’d be nearly right. After all, it’s hard to swim a pool in Queensland if the government plans to arrest you once you set foot in the state. But at the same time, this is a 50 year journey. So far I’ve swum through 2 gulf wars, 7 Olympic games, the deaths of Prince, Michael Jackson, George Michael and suffered through Janet Jackson’s wardrobe malfunction (some of you weren’t born then – you are blessed to not have witnessed it). So if you have that perspective, then I’m well aware that I’m swimming though history and the past 2 years were just part of the chaotic mix. In 2021 some pools were open. The annual total wasn’t jaw-dropping – 21 – but it was wasn’t nothing. So, understanding that I’m fishing in a small pond, here are the highlights.

Pool Of The Year (POTY) Gunyama.

A brand new pool in south Sydney and the biggest new aquatic facility built here since the Olympics. This former industrial suburb is booming with new apartments only a short ride from the city. The architectural attention to detail in this job is inspiring. Lovely distressed timbers used in the change rooms with, at least what looks like, hand-painted Male & Female signage. It’s got both a 50m outdoor and a gorgeous 25m indoor pool with a ceiling like a modern museum. Well worth a visit at any time of the year.

Really probably shouldn’t be on this list because it’s not strictly publicly available (unless you’re on site for a camp) but I know powerful people in powerful places so with their blessing and a casual, ‘Go for it, You Aquatic Legend!’ in I hopped. These pools were ‘built’ using dynamite many years ago and it’s fair to say this one has seen better days. I could only swim it at high tide and for days afterwards I was checking myself for symptoms of plague. Still, it has grottos and I’ve never seen them anywhere else, so that was fun. It has a lost world feel to it and for a couple of hours I had it all to myself. Never before have I carried a pool net to clean a pool before I swim it, but I did here (so that’s another first). 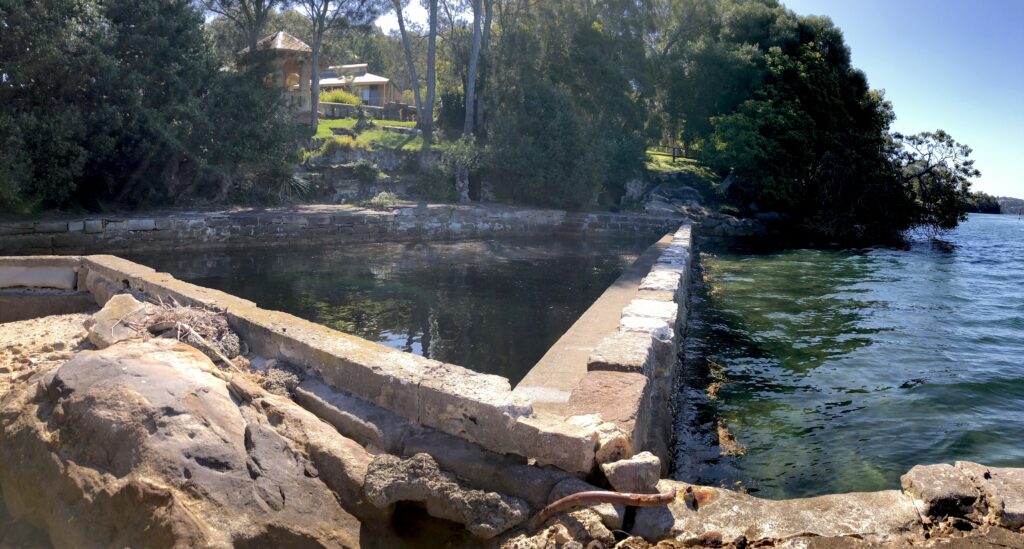 Best regional – Quirindi
For thousands of years, ancient traders navigated their way across the great deserts of Arabia, Egypt and North Africa by the oases. Life-giving pools in the seemingly endless sands. And such it is with the vast soul-sapping emptiness of regional NSW. Sure, my ‘camel’ is a Kia Carnival fitted with cruise control and lane assist, but the principle is basically the same. One traverses the bleak wastelands hoping physical and spiritual succulence awaits. And it usually does. Quirindi is a pleasant little town on the road to nowhere and for an hour or so we let its cool serenity wash over us. Then we hit the road north again, never to return. Regional pool of the year 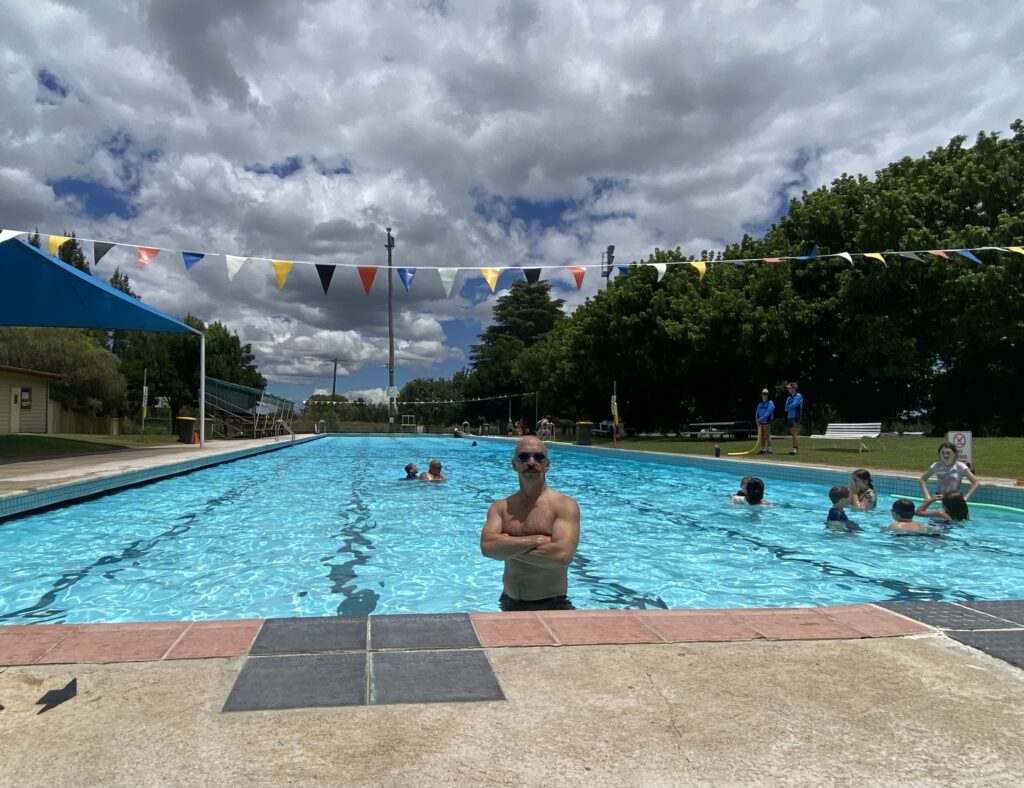 Bundaberg is 5 hours north of Brisbane. In a state the size of Queensland that means it’s just up the road. My mother was born there so I’d heard about ‘Bundy’ my whole life. But I’d never been there. I finally made it in April, 2021 with Holly and Mum and we travelled around all the historic (at least for us) sights. Mum’s childhood home – where she remembers her parents eating chocolate to celebrate the end of the war – Mum’s school, the School of Art – where my great, great grandfather built the wooden stairway, and a lot more. It was lovely. Of course, I had to swim. Had the ANZAC park pool to myself. Holly read. Mum napped.

PS I’m hoping this is not the case, but if you look at the Google link above it’ll say ‘Permanently closed.’ If true, I got in just in time.

The Aussie bush is not peaceful at night. Silent night, Holy night it isn’t. I’m a city dweller, but nevertheless, like every other Aussie I can recognise the call of a magpie or a kookaburra any day of the week. That’s because I can see them. But at night, it’s another story. There are a lot of other noises going on and my laptop-fried eyes don’t see very well in the pitch dark. We slept in a teepee at this bizarre mosquito-infested bison breeding centre north of Grafton (where you can eat bison if you wish – wouldn’t recommend it). Which meant there was only canvas between my precious family and what sounded like a veritable Noah’s Ark of beasts on their angry pills. Two nights was enough. Give me civilisation any day. And the pool? Well, as the photo shows, naturally enough it was full of wildlife too.

All in all, not a bad year considering how difficult the COVID lock-downs made things. Definitely very fortunate to Iive in a town with so much water to swim in. Government closes the pools, then just head to the beach. Any month of the year (you knew I was hard-core didn’t you). Thanks for joining me on this aquatic journey.
Keep breathing in the chlorine and I’ll see you on the pool deck.