Part 1 of our Great American Roadtrip for 2014 began in Albany, New York, then swung north to Toronto, then west through Detroit to Chicago.

And there were pools every step of the way.

My first Canadian pool and it’s a beauty. Gus Ryder is nestled between the Queen Elizabeth freeway and Lake Ontario. It’s massive and lanes were set up to swim across the pool (a very common occurrence in North America, I’ve learnt).

For some inexplicable reason, I didn’t have my camera with me so there are no shots of me anywhere near this place. But I remember it, and I remember it very fondly.

With this pool I conquered country #7. 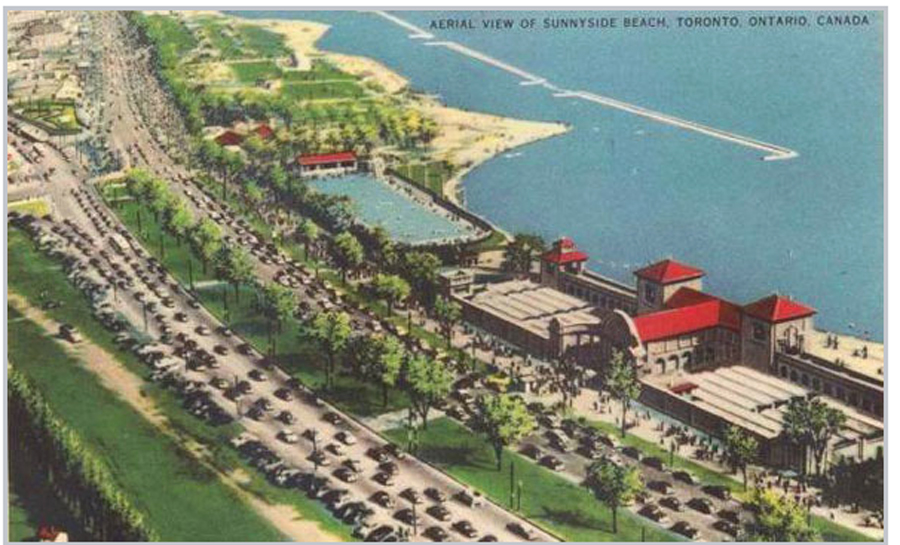 A short hop, skip and a jump north of the Henry Ford Museum and factory, this swim occurred on what ended up being the single best day of our two years living in the States. We did both Greenfield Village and the Ford Museum, then managed to catch the last factory tour to see F-150 Trucks being, well, manufactured, obviously.

Years ago, in 1994 on my way home from London, I passed through the States and began reading (I never finished it for some reason) a biography on Ford. I’d been looking forward to seeing his legacy. Later that night, I headed to the Book Cadillac hotel in town to write more of my 2nd children’s novel.

The pool was nice too – vast and sprawling. And US state #19 conquered too. A great day. 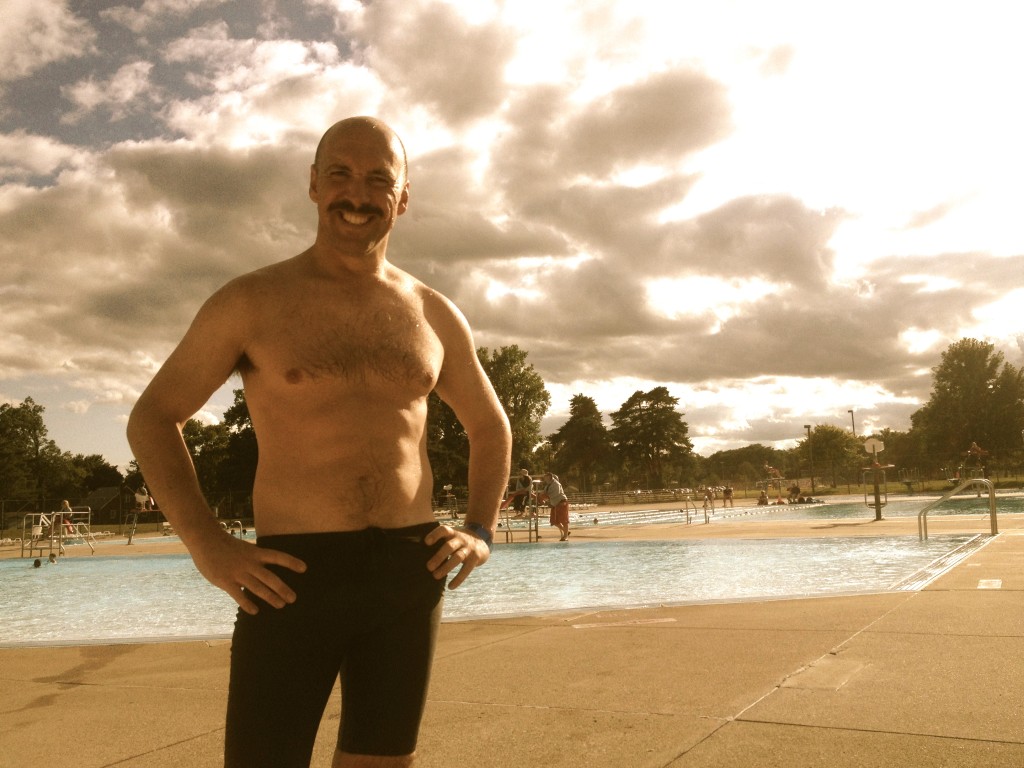 We were the only people at this pool. We arrived just after opening – having belted down the 75 from Detroit – just as the lifeguards were finishing their briefing. At our appearance, the lifeguards took their position on their elevated seats – four stationed strategically around the pool.

I recall I had a pair of ill-fitted goggles which continually let in the water, thus I was unable to clearly see the end of the pool. So, I found myself tumble-turning a metre short. Every time. Consider my embarrassment when I tell you I had my own lifeguard situated at the end of my lane (they take this duty-of-care thing pretty seriously in Ohio). She must have thought, what kind of a fool is this chappie, tumble-turning in the middle of the pool?

I ended up stopping and explaining my erratic behaviour. US state #20. But not the last for the day. See the next post. 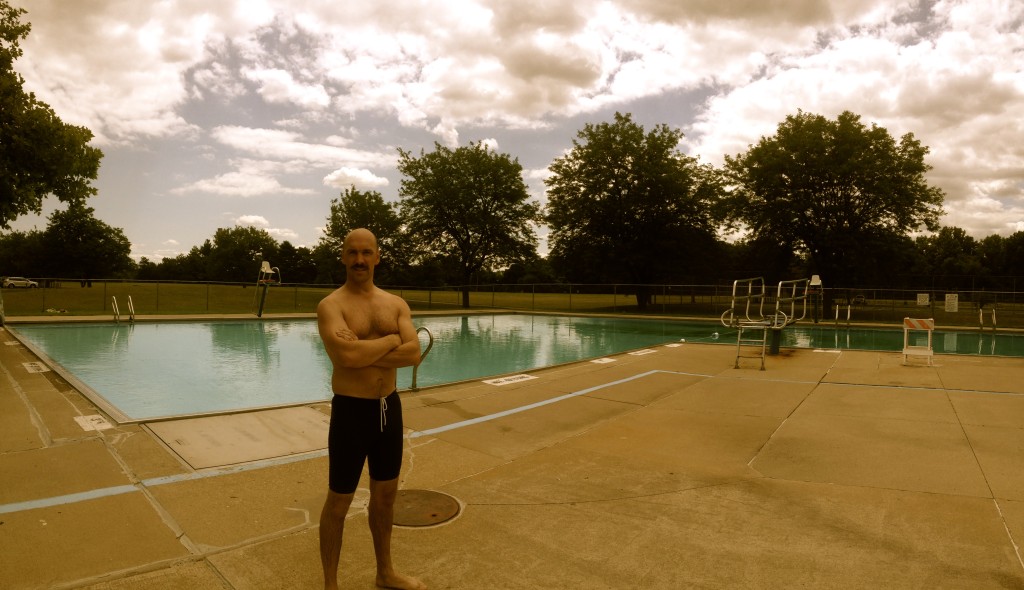 I confess, I was nervous when I woke up in Detroit, knowing I had a drive of several hours ahead of me (to Chicago) with two pools needing to be conquered en route.

Now, normally a 2 kilometre swim I’d pooh-pooh at the mere mention, but I had had shoulder surgery a few months before and still was very much ‘on the mend’. But surely by now you’d appreciate the pull The Quest has on me and shoulder surgery or no, I was going to find a way to swim two pools. Heck, I’d do it with one arm if needs be.

In the end, it all went well. My only concern at this beautiful facility (in a very handsome town, too, I might add) was the torrent of water flowing out of the waterside which, not surprisingly, pushed me sideways at the end of each lap. But I’ve faced far worse challenges than that, and South Bend, Indiana was soon in the rear-view mirror, another conquered town in another conquered state. 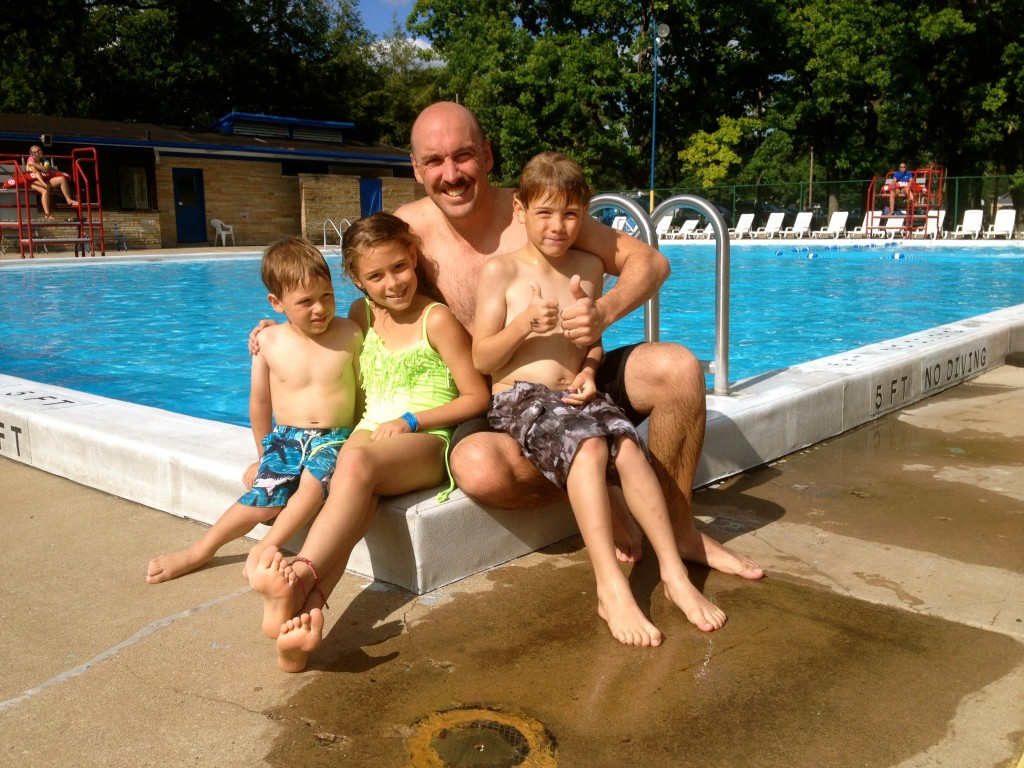 This pool was the nicest I swam in the States. A beautiful facility – the gardens, the pools were spotless, the staff nice. And I had a lane to myself.

This part of Chicago has a heap of pools, so if I’m ever back in town, I know where to head.

With this pool, I conquered US state #22, and a continual blue wave now spreads from New York to the mid west (see it here, if you wish). 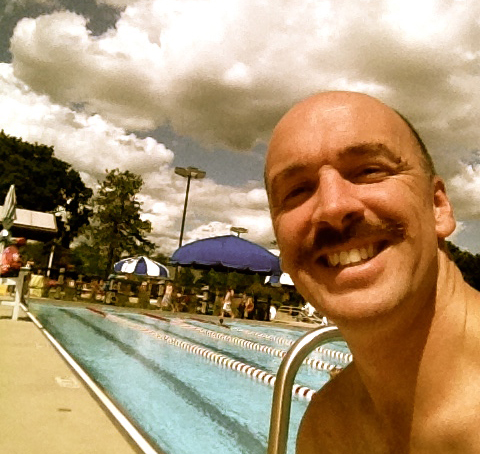